Hillary and the Woman Thing Written after the Iowa Caucuses and before the New Hampshire Primary

Like many others, I have trouble imagining the United States electing a woman president. I certainly like the idea,--but. Hillary might make an excellent president, but she is too relentlessly perky, too full of high notes, and exudes too little feeling for me. I prefer subtlety and a sense of depth. After eight agonizing years of putting up with George Bush and his pseudo-Texan act, I want our president to be someone highly unlikely to ever, ever, grate on me.

I understand Hillary developed the public personality she has in part in response to her need to excel and to excel in a man's world. However it is not the only possible response. I began writing this in part to do whatever little I could to encourage her to reveal other sides of herself.

What I find so interesting about the Hillary situation is that it is very likely that a moment of public vulnerability got her elected to the Senate in the first place and thus started her own career in public office. In her first Senate race, her opponent Rick Lazio was giving her a good fight; they were even in the polls. A lightweight Republican, who seemed he would do anything to win, he came over to her podium in one of the debates and aggressively demanded that she sign a no soft-money pledge. (He meanwhile was benefiting from a lot of anti-Clinton advertising from Republicans.) She responded to this invasion of her space by looking very vulnerable, human, and un-slick. I found myself really liking and respecting her in that moment. I am convinced that instant of emotional honesty turned the tide, and for what it is worth a number of commentators agreed.

I've heard on network news, which I sometimes catch snippets of at the gym, that Hillary has been trying to show her softer side. I haven't seen the actual clips of her appearances I have to admit. However I suspect that this means being folksy, down-home, and open hearted. I think all these things are fine and I don't think she should stop, but this is not what I really want from her.

Nor am I suggesting that she go out of her way to express vulnerability. However along with the vulnerability in that pivotal encounter in her first Senate race came a moment of Presence. I felt I glimpsed her strength of character as well as humanness as never before. Yes experiencing---never mind showing---that vulnerability is probably something that only a woman would do. But the sense of Presence and essential humanness that came with it got her an elected position her own.

Besides being smart and politically savvy, isn't this sense of Presence, of beingness, what we want from our leaders, men or women. With it, good leaders become statesmen and stateswomen; they inspire us. If I got to see more of this and less shiny persona from Hillary, I would not hesitate to vote for her. I would even work enthusiastically to help elect her as the first woman President of the United States.

I don't get to vote for a couple of weeks, but Hillary probably now has my backing. It was not her moment in the diner in New Hampshire, which didn't really impress me that much---probably too down home and folksy for me. Instead in part it was the picture of her that appears at the very end of the following ad, which I happened to see on television the day before the diner event. None of the pictures of her here are particularly glamorous or slick, but you will know the one I am talking about when you see it. She exudes a kind of depth that is really striking.(Click hard on the arrow in the center or the You Tube icon at the bottom right; it sometimes takes some patience).

Some might say it's only PR. But you can't fake an expression like this or this kind of depth. It is part of her repertoire and I am delighted to see it.

(By the way, I do respond to Obama's rhetoric. He often exudes the kind of Presence I hope for in a political leader, but not when talking policy. My intuition while watching the last New Hampshire debate was that his oratorical skills are somewhat ahead of his governing skills and he is not ready yet.)

There is another factor working in synergy with my newly confirmed sense of Hillary's potential soulfulness that seems to be nudging me into her camp. The Democratic primary, at one level, hinges on the politics of disadvantage. Even though I was leaning towards Edwards, when I heard polls saying Obama was 12 points ahead of Hillary in New Hampshire, I didn't like it one bit. I suspect a lot of women felt this way. I actually felt a bit depressed.

Perhaps it really is time for a woman---and a woman who has that wonderful deep and un-slick expression in her repertoire, even if it is very different from her ususal self-presentation---to shepherd this country. Don't forget Golda, who had 'the look' (see last post, where she makes a cameo appearance), and was among Israel's most significant leaders. My advice to Hillary is: Play the gender card, but in the process transform it into something profound!

You might find this amusing. I was tempted to use it at the top, but thought better of it. You have to scroll down to fully appreciate it.

Lois, I enjoyed reading your piece. You may be interested in the findings of Iyengar and Bailenson at Stanford. In 2004 they partially morphed photos of undecided voters with those of either Bush or Kerry and found that voters preferred the candidate they'd been morphed into (even though they could not see themselves in those photos consciously). Might you in some sense see yourself in the closing frame of the Clinton video? metaphorically? literally? Food for thought from the left coast. Best, Mary

I guess you can say it gives new meaning to the notion of "representative" government.

I do sense that there is something there for me---which I am trying to unpack. It's still too vague.

Hi Lois,
I do like the picture, but we'll have to talk about Senator Clinton.

You gotta remember that that Hillary Clinton voted for the renewal of the Patriot Act. Not not a vote that will win her any liberal friends.

She served on the board of Walmart, a company that treats women particularly badly.

we are very strongly and permanently committed to John Edwards. we went to new hampshire to work for him and continue to support him enthusiastically. we hope you will too. he is by far the best candidate in the race in either party.

I have to admit I would really like to like her....and I don't like her and if I, a dyed in the wool Massachusetts liberal born and raised in Kennedy land don't like her I can't help but feel she is more a liability to the democrats than an asset. I was hoping John Edwards would do better but since he has left the race I will take my vote elsewhere (you can probably guess where....) I wish I liked her better, really I do....but I just have a gut response that says NO. 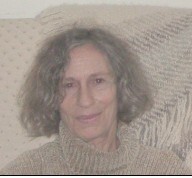 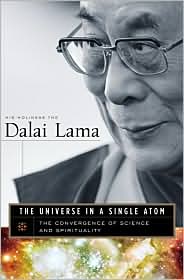 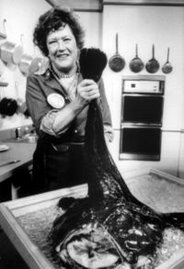 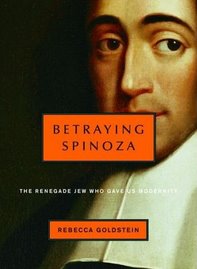 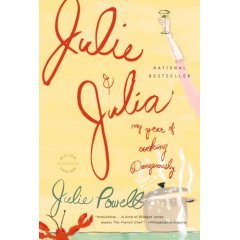